Basenji dogs are one of the more studied and adored dog breeds among the canine family. The uniqueness of their character and personality allows them to become excellent companions. Despite their highly active nature and extraordinary intellect, these dogs are fastidiously clean and calm.

However, it is not the activeness or intelligence that makes this breed stand out. Instead, it’s the claim that ‘these dogs DO NOT bark’. This is really a shocking disclosure about Basenjis because barking is the very first thing that we associate with dogs.

According to Trending Breeds, the history of these dogs and the internal anatomy of their throats are responsible for this unique characteristic. Let us have a deeper look at these aspects to reveal whether Basenji dogs bark at all or not.

Basenji is one of the most ancient breeds and is probably the oldest breed to be domesticated. It is believed that these dogs originated in the reign of Ancient Pharaohs of Egypt. However, this breed was discovered in the democratic republic of Congo.

Hill’s Pet mentions that early people used to prefer Basenji dogs for hunting because they won’t bark much. Due to their silent demeanor, Basenjis were less likely to alert the prey. Additionally, these dogs were less inviting to predators in their villages due to their minimal barking. Hence, we can say that this breed was bred on purpose.

Despite their hunting background, these canines were completely transformed into family pets when they arrived in England and the US (the mid-1900s). This is also the time when they got the name “Basenji”. Before that, this breed was known as Congo Terrier (or Congo Dog). Due to their poised nature and silent character, these dogs are also ideal for apartment life.

What Does the Bark of Basenji Dogs Sound Like?

When you say that a dog is barkless, can you expect him/her to be completely mute? The answer is NO. Wag Walking explains that ‘barklessness’ does not mean that your dog won’t make any sound. Dogs can make several other sounds (besides barking) for communication and Basenjis use many of these noises. Despite that, Basenji dogs are still unique because all the sounds that they use for communication are distinct and unusual.

The signature sound of a Basenji is a yodel-like vocalization, commonly called “baroo” by the breeders. Other sounds that Basenjis make include a low roo-roo-roo, whining, boofs, and Tasmanian devil sound.  They have also been reported to create sounds like a human is shouting. On many occasions, the police have interpreted those sounds as real human shouting. While trying to solve the problem, they were surprised to find that it’s a Basenji who is making the sound.

Why is the Bark of Basenji Dogs Unusual?

The fact that these dogs can’t (or don’t) bark properly has always been intriguing for the canine world. The autopsy of Basenjis’ corpses revealed that the unusual barking of this breed is linked to the structural limitation of their throat. The vocal box of Basenji dogs is narrower and evener than other dog breeds. Although the anatomy of Basenjis’ vocal box is similar, the way those parts are build is different from other breeds.

The production of sound in any living organism is dependent on the laryngeal ventricle, present between vocal and vestibular folds. Puppy Toob clarifies that the laryngeal ventricles of Basenji dogs are shallower than other canines. Therefore, it hinders the sufficient vibration of vocal cords that is required for strong barking.

In other words, we can say that Basenjis actually open their mouth to bark properly, but the shallowness of their laryngeal ventricles does not allow them to produce a yappy bark. Consequently, their bark is broken down into other sounds, like baroo and roo-roo-roo.

Do Basenji Dogs Communicate in Other Ways?

Just like humans, dogs also possess a complete set of verbal and non-verbal modes of communication. This means that they don’t solely rely on vocalizations, and also use their body gestures. Likewise, canines also utilize Oculesics and facial expressions to tell their masters whatever is going inside their minds.

Basenjis are particularly proficient (among dogs) when we talk about expressions. They are fairly accurate with their facial expressions, ear position, eye movement, tail carriage, and head and body positions. Hence, they have all the goods to communicate effectively with their masters.

Training a Basenji dog is an exciting experience because they have a high intellect and calm nature. Additionally, their tendency to keep themselves clean makes it easier to groom your Basenjis. Most importantly, their vocal and facial expressions are really funny and entertaining. As a result, they will always attract you and make you laugh. Therefore, if you are thinking of keeping a Basenji dog as your pet, we recommend you to go ahead. 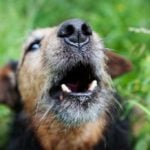 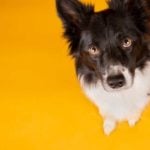