Do you know how toddlers tend to explore things by putting them in their mouths (among other places but that is an entirely different type of article)? Yeah. Well, dogs do that too, except they rarely, if ever, grow out of it. Chewing random objects is an issue in and of itself but what he’s gnawing on is what really matters. Some of the things that your dog chooses to munch on can be scarier than others. If your dog eats a balloon, for example, it typically wouldn’t be all that significant. However, if he eats something like nicotine gum, there could very well be serious consequences. It’s no secret that smoking is harmful to anything with lungs and a heartbeat, but the nicotine itself can be especially harmful to your canine companion. Here’s what you need to know, and what you need to do if your pup has eaten nicotine gum.

However, it is always recommended to get a professional opinion from your veterinarian in case your dog eats a nicotine gum.

So, Why Exactly, Is It So Dangerous

Smoking, on average, kills more than 6 million people every year, and nicotine gum can be a great and effective way to curb the habit. The nicotine levels found in the cessation gum is much less harmful than actually smoking, and aids well in the journey of quitting – in humans, that is. A dog’s metabolism is quite a bit different than our own and as such their systems are unable to deal with some of the ingredients in nicotine gum, like, obviously, nicotine, as well as something called xylitol, a natural sugar found in nicotine gum and almost in all types of gum.

The Consequences of a Dog Eating Chewed Nicotine Gum

Even the smallest dose of either nicotine or xylitol can potentially be fatal to our favorite fur friends. 0.5 to 1 mg of nicotine per each pound of body weight can be toxic to your pet. The nearly always fatal dose is only about 4 mg per each pound of body weight. Xylitol is just as dangerous with only 0.1 gram per 2.2 pounds of body weight leading to hypoglycemia and 0.5 causing liver failure. There are serious consequences of nicotine ingestion, in any form – most of which lead to death without medical intervention.

The Symptoms of Xylitol and Nicotine Toxicity

Now that we know just how dangerous both of these nicotine gum ingredients can be, it is time to discuss the symptoms that come along with your dog ingesting them.

The onset of these clinical signs present fairly quickly after the initial ingestion, typically within 15 minutes, but they can take up to an hour. Although not all symptoms might be present, as every pet is different as are their reactions, if your pooch has made a snack of your nicotine gum, take him to the nearest veterinary.

What to Do If Your Dog Eats Nicotine Gum

Xylitol alone requires a veterinary visit, but xylitol plus nicotine means you need to get your pet to the veterinary hospital as soon as possible. If treated correctly, xylitol and nicotine toxicity is usually recoverable, but it is imperative to seek medical intervention quickly. Any time an animal eats or ingests any amount of nicotine it should be considered a medical emergency. Your dogs’ veterinarian will more than likely run a full blood panel as xylitol can raise liver enzymes, sometimes leading to liver failure. Other treatments are likely to include preventing and discharging any absorption of nicotine, by inducing vomiting and administering IV fluids and managing any other symptoms. Prognosis is typically good, however, it is largely dependent on dosage and length of exposure before treatment began.

It often happens that your dog finds an already chewed nicotine gum inside the bin or in any other places where you might have kept it. In such a case, it is possible that your dog has not consumed much nicotine yet and there is nothing to panic about, but it is important to keep your eyes open and on the dog for any signs of symptoms.

If you see any symptoms from the ones mentioned above, immediately bring your dog to a veterinarian.

As much as your quitting smoking is to be commended, if your dog to wants to kick the nasty habit, it’d be best for him to stick to other alternatives. In all seriousness, the majority of four-legged family members tend to leap before they look, so to speak. If they can get themselves into trouble, they likely will. Anything that can cause harm to your pet should be kept well out of his reach. If accidental ingestion does happen, you should seek medical advice, promptly. Congratulations on working towards beating your habit – next time, no sharing with your furry best friend. 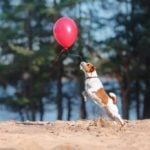 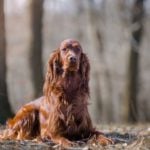 Popular Stories Right now
How & When to Cut Puppies’ Nails for the First Time – A Complete Guide
How to Cook Fish for Dogs – 5 Simple Fish Recipes for Dogs
How Much Chicken and Rice for Dogs by Weight?