The smell of sweet puppy breath. There is nothing like it in the world.

We normally adopt older dogs, but my first dog-as-a-grownup, Abernathy, was the best puppy EVER. He was a Shih Tzu and had soft as a cloud hair and big soulful eyes.

He also had razor sharp claws and we had to learn how to take care of those toenails and when to cut puppy’s nails for the first time – FAST.

That leads me to this article, where I’ll show you EXACTLY how and when to trim a puppy’s nails successfully and how to handle common nail conditions.

When Should You First Clip Puppies’ Nails?

Tip: Start clipping puppies’ nails within the first week of bringing your puppy home. Then clip them every week, even if it’s only a tiny amount. This gets them used to nail clipping.

Most people don’t look forward to nail clipping for dogs or puppies.

But nail clipping doesn’t have to be hard if you know how to do it.

If you’re asking “what age to trim puppy nails?”, the answer is that you want to start immediately – within a week of when they get home. And then continue clipping weekly.

There will not be much to clip at the beginning, but that’s OK. The reason that you want to start so young is to get your dog accustomed to the procedure of nail clipping.

Can You Use Nail Polish on Dogs? Click here to learn more.

Are My Puppy’s Nails Too Long?

The correct dog nail length is when your dog’s nails are not touching the ground when they are standing.

If your puppy’s nails click on the floor then they are too long.

There are many different methods for trimming puppy nails. The important thing is that you choose one that you are comfortable with and that works well for your dog and get into the habit of trimming their nails weekly.

Be sure to make sure that you find their dew claw (the puppy thumb). Some dogs have these on all paws, some on just the front paws, and some not at all.

If your dog has dew claws and they aren’t trimmed regularly it is possible for them to grow into their skin and cause many problems.

What to Cut Puppy Nails With – Human Clippers

There are several options for cutting puppy nails. For newborn puppies I recommend human clippers. Never use scissors to cut puppies nails though. They can damage their nails.

As they get a bit older you can also use:

As your dog grows, they may need a different style of clipper like the guillotine style to cut through thicker nails. You can also trim puppy nails without clippers by using a file.

Need to know how to cut puppy nails when they are scared? Click here to find out.

How to Cut Newborn Puppy Nails

You can cut puppy nails after just a few days. And you should, those little claws can be REALLY sharp and regular trimming gets them used to the procedure.

Make sure that you pick them up and cuddle and love them as you clip their nails. For tiny little puppies a human nail clipper often works best.

The big key with cutting puppy nails (and this will move into adulthood as well) is to only take off a little bit at a time. Dog nails have a blood supply called the quick and if you clip the quick they will bleed.

I’ll show you how to handle a bleeding nail in a bit. It’s scary for both the owner and the pup, but it does happen and everyone will survive.

For now, understanding where they quick is and just trim the very end of the nail where it curves over is what’s important.

Want another way to trim your puppy nails other than clippers? Check out our post “How to Trim Puppy Nails with a Grinder” to learn more.

How to Cut Puppy Nails with Human Clippers

Puppy nails are usually quite delicate and not very long.

Simply use the human nail clippers to clip off the very end of the nail where it curves over.

Here is a video that shows exactly how this works.

In this video from the American Pit Bull Association, she also recommends that you handle your puppy’s ears, pads, and mouth during a toenail clipping session.

This is a VERY important thing to do because it will help your puppy to get used to the idea of getting their nails clipped and having their mouth, ears and paws handled.

How To Grind Puppy Nails

Grinding or “dremeling” a puppy’s nails is an alternative to clipping and if you plan on using this option as your dog gets older it’s a good thing to work on after about 12 weeks.

Remember you should be clipping your puppies nails about once a week with a human nail clipper before this.

Here’s how to do it.

Tip: When using a grinder don’t stay on any one nail for more than a few seconds to avoid heat build up.

How to Use Dog Nail Scissors on Your Puppy’s Nails

Once your puppy’s nails become a little thicker or around 12 weeks of age, you’ll want to move to either a nail grinder or dog nail scissors.

Dog nail scissors are what I personally use on my own two small dogs, and they work great for puppies.

To use these scissors, simply place the cutting blade at the tip of your puppy’s nail – it’s better to take off too little than too much. And clip.

The angled blade lets you easily see what you are doing and the scissors handle gives you control.

Puppy nails can be as sharp as cat nails sometimes. To make your puppy’s nails less sharp you need to blunt the ends.

You can do this by clipping them, grinding them, or you can use a human nail file to lightly file the ends down.

All of these methods work to take those little claws down to a reasonable level of sharpness.

How to File Puppy Nails

You file puppy nails just like human nails. Take an emery board or metal or glass nail file and gently move the file back and forth over your puppy’s nails until the end is blunted and smooth.

There are many tips and tricks that make it easier to do DIY dog nail clipping and with a puppy the easiest way to get her accustomed to nail trimming is to spend time every day handling her paws.

You can also give her a treat each time you clip a nail so she starts associating the clipping with a yummy reward.

How to Stop Puppy Nails from Bleeding

Nail bleeding occurs when you clip the blood vessel in their nail called the quick (see illustration above).

It’s a little bit painful for a puppy to have their quick clipped, but it happens to most pet parents at some point and they will live – I promise.

To stop the bleeding puppy nails from bleeding it’s a good idea to have a styptic pencil or styptic powder on hand to aid in clotting. Having one of these on hand should be part of your well stocked diy dog first aid kit.

That way when you need to stop a nail from bleeding you only need to follow two basic steps; 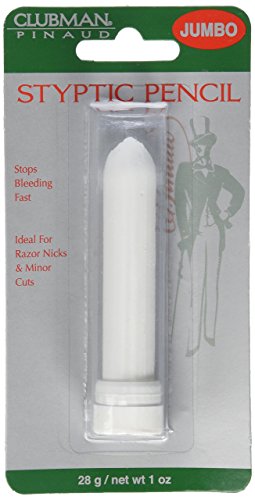 If the bleeding doesn’t significantly slow down or stop in an hour, then take your puppy to the vet.

What to Do for a Puppy Nail Infection

Although it’s not super common dog’s can and do get nail infections. According to PetMD.com some of the symptoms of a nail infection in your puppy can include:

If you suspect that your puppy might have a nail infection, you need to take him to the vet. These can worsen over time without professional treatment.

Now that we have all the basics of puppy nail trimming covered, I’m going to go over some common questions about puppy nails.

How Fast Do Puppy Nails Grow?

Like human hair or nails, puppy nails grow at varying rates depending on the breed, diet, and particular puppy’s genetics.

But because puppy’s are growing so fast, their nails grow right along with them and often grow faster than adult dog’s nails.

Your puppy’s nails may be white or black and can sometimes be brown. The coloring of the nails depends on the characteristics of the breed and their own coloring – just like the coloring of their coat.

If your puppy has brown or black nails you need to take extra care in clipping them. Here’s how to cut dog nails that are black.

Do Puppy Nails Fall Out?

They can, but it’s for the same reasons that human nails are lost – because of damage.

If you’re puppy loses a single nail, then it’s not much to worry about. But if they start losing nails on a regular basis or if a nail becomes infected or you can’t stop bleeding, you need to take them to see a veterinarian.

Can I Paint My Puppies Nails?

Yes. But you should use special dog nail polish that is free from the chemicals in human nail polish. Just make sure to keep a hold of them until it’s dry so they don’t lick it off. (You can find dog nail polish on Amazon by clicking here.) 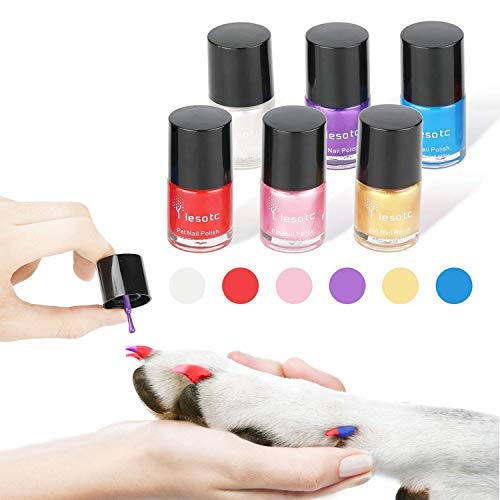 Why are my Puppy’s Nails Peeling?

There are several systemic issues that can cause your puppy’s nails to peel. Many times peeling nails means your pup isn’t getting enough fat in their diet. But it can also be symptoms of a more serious condition like:

If your puppy has a single peeling nail, then it is probably related to trauma to the nail and will most likely heal as the new nail comes in. If there are multiple nails affected there may be an underlying condition and it’s a good idea to go see a vet.

Summary: When to Cut Puppies’ Nails for the First Time

You should start handling your puppy’s paws and cutting his nails within days of bringing him home, and then it’s a very good idea to make it a weekly ritual – that way he can get used to the nail cutting.

This weekly ritual will make it far easier to cut his nails as an adult.