Pit bulls are unique dogs with a shady history because they are generally very aggressive. They can be very dangerous and that’s the reason why these canines cannot be domesticated.

Sometimes, people mistake some muscular dogs with Pit bulls because of their frightening attitude and strong bodies. Following are some of these dog breeds that resemble Pit Bulls in terms of appearance, as well as behavioral characteristics.

This hybrid breed was developed by combining 3 different kinds of bulldogs and European mastiffs. They are large and have a protective nature with a caring temperament. You won’t find many canines that are more caring than an Ambullneo Mastiff. In addition to that, they are also exceptionally wise and independent.

Due to their gigantic size and frightening appearance, some people compare them with pit bulls.

American Bulldogs are confident, loyal, and cute. They are easy to train because of their friendly nature and can also be used as work dogs. These large canines are very solid with their temperament and have a fierce look.

Pit bulls share all the above-mentioned traits and it creates confusion in the mind of the viewers. American Bulldogs also have similar kinds of physical traits, including a broad chest and muscular body. All these similarities can make it difficult to differentiate, especially if you don’t know much about dogs.

Mostly, the canines of this breed are very calm and non-violent. However, Boxers can become extremely aggressive while protecting their owners. Likewise, the fact that they are very good with children makes them a popular family pet.

However, they can be compared with pit bulls on the basis of their appearance. A Boxer has a strong, muscular body, a muzzled face, and a fierce stare that can scare anyone. Another similarity between boxers and pit bulls will be the color of their coats. Although both these breeds come in several different colors, almost all of them are common for both dogs.

Although it’s difficult to find a resemblance between Bullmastiffs and pit bulls, people still get confused. If we talk about size, these massive dogs are much far larger than pit bulls. However, the scary appearance of a Bullmastiff can create a little bit of ambiguity.

Even though Bull Terriers are smaller in size, they have an extremely aggressive personality. They have a unique kind of head (with triangular eyes) that adds to their ferocity. They can be seriously dangerous for small beings because of their attacking nature. Due to their unpredictable nature, they can be difficult to handle, especially for novice owners.

Physically, Bull Terrier is the least likely breed to resemble Pit Bulls. However, many people make this mistake because of their stubbornness and powerful body.

This large breed is very common in Italy and is quite famous as a guard dog. Although Cane Corsos are much larger than a pit bull, some people may get confused due to their unsafe reputation. Also, the muzzle of these canines is quite similar. For these reasons, people believe that this breed has a resemblance to pit bulls.

Generally, this breed comes in white color and has strong, big muscles. These canines were originally developed for hunting due to their unmatched bravery. This dog breed is rare in most parts of the world but is naturally found in Argentina.

Dogo Argentinos are very enthusiastic and require a lot of exercise to remain healthy and fit. They are exceptionally loyal to their owners and resemble pit bulls in terms of their strong attitude and well-built muscles.

This breed is a mixture of American bulldog and Bullmastiff, along with English bulldog and American Pit Bull Terrier. Therefore, it’s quite obvious for these canines to have some similarities with pit bulls. Normally, they resemble Pit Bulls because of their stubbornness and muscular body. However, some of these dogs can also be mistaken for a pit bull because of their muzzle and large head.

This breed is the largest among all dog breeds in the world. They are primarily used for herding livestock because they are very frightening. Sometimes, Presa Canarios can become TOO aggressive, which means that they are ONLY recommended for experienced owners.

Just like Presa Canarios, pit bulls are also very aggressive. Both of these guarding dogs are very protective of their owners. Last but not least, the muscular body and solid stance of Presa Canario are also similar to Pit Bull.

This breed shares a fantastic relationship with other animals as well as human beings. They are also exceptionally well with children and love to play with them. Thanks to their pleasant temperament, Staffordshire Bull Terriers are quite popular family pets.

However, the physical traits (broad chest, etc.) of this breed are identical to that of a pit bull. Likewise, they also resemble Pit bulls on the account of power and strength. 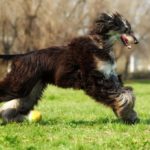 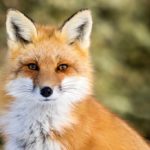