Dogs can serve a multitude of purposes, ranging from companionship to helping the police. While working for the police, canines can perform several tasks, like search and rescue, drug-sniffing, and protection. However, every dog is NOT suitable for providing these services and only a few breeds are recommended for police use. Some of the best police dogs are as follows.

The Belgian Malinois is often referred to as a smaller cousin of the German Shepherd. This dog breed is known for being picked for military duties. However, they can also be used in the police K-9 unit. Surprisingly, these canines are also used as support dogs in therapy.

Belgian Malinois are loyal police dogs with sharp protection instincts. These dogs may be smaller than German Shepherds, but they boast a faster reaction time. They obey commands perfectly when trained well. These quick learners are trained for police use to take down criminals quickly and effectively.

In addition to that, Belgian Malinois are also used for drug and bomb-sniffing. They can often be found at airports, sniffing for narcotics and bombs.

The Bloodhound is always included in the list of police dogs. This is because these muscular dogs have exceptional sniffing and tracking skills that are ideal for police use. They are known to track missing people, even weeks after disappearance.

Originally, bloodhounds were used as hunting gun dogs alongside humans. Later on, these dogs were used for tracking and locating missing children because they are NOT terrifying. Likewise, they are also quite friendly with children. These old school police dogs are still in use and they are as effective as ever.

Don’t let the fluffy and cute looks of this breed fool you. This breed has been under police use for many decades. The Bouvier des Flandres is a gentle yet courageous dog that does not back down when faced with a threat. Unfortunately, they don’t always get listed in top K-9 breed lists because they’re only used in a few countries.

Bouvier des Flandres is extremely loyal and obeys commands without hesitation. The low, deep growl of these dogs is more than enough to send others scurrying in the opposite direction. The people who have worked alongside this breed are well aware of its capabilities and respect them.

Boxers are large and muscular police dogs. Although they are used for police work, this breed is the most playful entrant on this list. It is NOT a good idea to use harsh training methods with Boxers because they can be quite willful.

Boxers require a good amount of daily exercise. Therefore, a couple of long walks or runs per day are necessary for this breed. In police work, they are known for their agility and jumping capabilities. They are known to chase down criminals swiftly.

The Doberman Pinscher is the face of police dogs. It is on nearly every TV show or movie that stars a police dog. This breed has a long history of police work that goes as far back as a few decades. Doberman Pinschers are not trained to be threatening, but they are already intimidating enough to discourage perpetrators from approaching.

Despite their aggressive looks, Doberman Pinschers are intelligent, loyal, and beautiful dogs. You will be hard-pressed to find a breed that can outrun the Doberman Pinscher. Sometimes, they are also used to sniff out bombs and drugs, but they do not excel at it. Other breeds, like German Shepherds and Bloodhounds, do it far better.

This is the second breed on the list that is not widely known in K-9 units. The Dutch Shepherd is a loyal, cunning, and non-aggressive dog that has a protective nature. Due to their less aggressive nature, these canines are used more for detecting drugs and bombs rather than chasing down criminals. They are often used as patrol dogs outside the USA.

Dutch Shepherds are reliable and quite easy to train. They are very alert and have an excellent track record in their line of work. The ease to train them is one of the main reasons that make them popular for police use.

No list of police dogs would be complete without including the famed German Shepherd. Just like the Doberman Pinscher, German Shepherds are popular due to their numerous appearances on TV shows. They are the most used dogs for police works and rightfully so.

German Shepherds are the jack-of-all-trades that can adapt and excel in any situation. They can detect drugs, chase criminals, participate in search and rescue missions, and serve as protective guard dogs. All this is possible for them because they are a perfect combination of speed, strength, and loyalty.

This is another breed on the list that originated as a gun dog. German Short-Haired pointers are intelligent and loyal police dogs that are relatively easy to train. They have a sharp sense of smell that makes them excellent for tracking missing persons.

These dogs are hardy and have a strongly-determined nature that makes them a favorite in many K-9 units. Police dog handlers swear by the capabilities of the German Short-Haired Pointers.

This gun dog was originally used to retrieve game and that’s the reason why it is called a Retriever. However, the modern Labrador Retriever is used primarily as a detector for bombs and narcotics. They are often seen at airports (all around the US) while performing their duties.

Aside from police work, Labrador Retrievers are popular pets due to their social, friendly, and intelligent nature. They are also used as service dogs around the world. The members of this breed that work for police are less muscular than domestic ones. This is because a working Labrador is lean and extremely fast as its diet is optimized to a great extent. 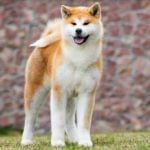 Popular Stories Right now
How Much Chicken and Rice for Dogs by Weight?
10 Hypoallergenic Mixed Breeds
Help! A Dog Nail Broke and the Quick is Exposed