Dogs generally tend to be adorable, that is something that we can all agree on, but not all doggy cuteness is created equally. Large dogs with a curly tail just seem to have that extra-special something. While Pugs and Chihuahuas dominate the miniature curly-tailed dog category, the following are the 9 large dog breeds with curly tails.

This energetic hunting breed is known for being both alert and relatively barkless. Although they have the ability to bark, they rarely use it. Even without the mouthiness, these pups make great watchdogs.

They are on the smaller end of the largeness spectrum being about 17 inches in height and usually weighing no more than 30 lbs. Their fluffy, curled tail is not only a defining characteristic, but it can also be used as an indicator of your Basenji’s mood. The more stimulated he becomes, the more tightly curled his tail is.

These big guys hail from Japan originally and are considered one of the family there. They are also considered to be a symbol of life longevity, happiness, and good health. The Akita can get rather large, standing at about 28 inches in height and weighing in at anywhere from 70 to 130 lbs.

Their sickle-shaped tail is not quite as extreme as other curly-tailed breeds with a bit more flexibility. For a bigger breed, they do have a longer life expectancy with most living to at least 13 years of age. Although their sheer size can be intimidating, he is likely to be a big, fluffy, teddy bear at heart.

The Finnish Spitz was originally intended to be used for hunting, although they have acclimated quite well to family life. When used for hunting purposes they use barking to indicate which makes them a somewhat talkative breed.

With its fox-like appearance, dense double coat, and fluffy plumed tail, they are certainly not lacking in the looks department. In addition to being cute, these dogs have excellent temperaments and are fairly easy to train. While still considered a larger breed, they do fall on the smaller side of the spectrum weighing around 30 lbs and growing to 20 inches in height when fully grown.

Majestic. That one word pretty much sums up the Tibetan Mastiff. One of the biggest breeds on our list, the Tibetan Mastiff can grow quite large standing more than 30 inches at the shoulder and breaking the scales at up to 160 lbs! However, despite their imposing size, you’ll not find a more loyal and devoted breed.

These dogs are incredibly intelligent and can be both strong-willed and stubborn, so consistent and early training is imperative. With their thick fur, feathered mane, and curly tail they never fail to make quite the impression.

Outgoing and lively, this German Spitz, makes up for in personality what he lacks in size. Although considered still a large breed, they tend to be smaller than some of the others to make the list, weighing no more than 60 lbs and only getting to about 18 inches in height. Their signature curled tail ends up looping up onto the back and disappearing in the fluffy, voluminous, double-coat. This is a highly intelligent breed, one that is agile, playful, and obedient.

With its square build and hearty personality, does well as a herding dog, as originally intended. However, they are quite versatile and highly adaptable, making them a terrific addition to any family. Although stocky, they only stand at up to 19 inches and weigh no more than 50 lbs as adults, in his mind, he is the biggest pup in the dog park. Affectionate, smart, and ultimately a people pleaser, if you are looking for a new furry, curly-tailed family member, the Norwegian Buhund is a great option.

The Eurasier is just as feisty as he is adorable. Only 24 inches in height and weighing up to 71 lbs, he might not be massive but he isn’t ashamed to own it. With his expensive features, he seems to have an innocent look to him. Don’t let that fool you, they enjoy a little trouble just as much as the next pup.

Their thick coat, accompanied by a broad and bushy tail give them a distinctive look and that, paired with their unbeatable personality and temperament, make this dog a great choice for any home.

Originally bred to be working dogs, sledge-pulling dogs if we’re being specific, the Samoyed is a white fluffy ball of underrated cuteness! It’s like having a mini polar bear for a pet (one that only sheds like twice a year!). While they are super adorable, these dogs are also very strong and can be very independent, which means that they should be trained, and as early as possible.

Their downy-like pristine white coat is accentuated by their tail which is curly but not tightly so, and carried over the back, cocked off to the side. This is another breed that can have its mood determined by the curliness of its tail. The more tightly curled the more alert your Samoyed is likely to be.

Devoted, dignified, friendly, affectionate, and loyal. The Alaskan Malamute is believed to have descended from the wolf and is considered one of the oldest sledding breeds, but that doesn’t prevent him from making a fantastic family pet. They are known for using their furry, fluffy, curled-tail to cover their snouts while snoozing which is a residual characteristic from their cold-weather sled-pulling days. Not to worry, they have mastered the art of hanging with their favorite human on the couch beautifully – though you might want to get a bigger couch as these big boys can get to be over 100 lbs. They do need appropriate exercise and love a good run or game of frisbee at the local dog park. 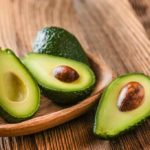 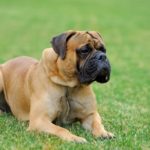