It is a fact that dogs, coyotes, wolves, and jackals all belong to the same general species called Canidae. That is the reason why we see a lot of similarities between these animals.

In this article, we will discuss the similarity between German Shepherds and coyotes. Both these creatures have overwhelming resemblance and we can easily mistake a coyote for a German shepherd. This is what happened with Boroditsky, who brought an injured coyote (being hit by his car) with him for nursing.

This dog breed originated in Germany in the late 1800s. Initially, they were bred for herding sheep in pastures and protecting them against predators. These canines have a well-built body and are known for their physical intensity. Besides physique, their high intelligence is what makes them one of the most popular dog breeds in the world.

If trained properly, German Shepherds can become devoted and loving companions. Due to their disciplined and working nature, these pups also play a vital role in police and military services. In this role, they are often used for finding out criminals by following their tracks and smell.

Coyote (Canis) is an indigenous canine species of North America. It is believed to be discovered by Lewis and Clark, in 1804. In their early days, coyotes were also known as prairie wolf and the brush wolf. These animals have longer snouts, slander bodies, yellow eyes, bushy tails, and a thick coat. Likewise, they have strong senses of hearing, smell, and sight.

These fierce hunters hunt in packs and devour animals like deer, hares, birds, rodents, and amphibians. Coyotes usually hunt at night and communicate with others by howling. These wily creatures entrap their preys cleverly and kill them. Due to their wild nature, coyotes are usually not considered safe for human friendship.

Differences Between German Shepherd and Coyote

Although the German Shepherd and Coyote belong to the same family, they have a lot of differences. It is important to have a clear sense of these differences because one of these canines can be quite dangerous.

Weight – According to American Kennel, German Shepherds weigh up to 50-90 pounds. On the other hand, the weight of the Coyotes ranges from 15 to 55 pounds.

Color – German Shepherds are commonly found in black and tan colors. Contrastingly, the predominant color in the coat of a Coyote is grey.

Shape of Tail – One more physical difference between German Shepherds and Coyotes is the shape of their tails.GSDs have a more skewed tail tip when compared to Coyotes. German Shepherds tend to lift their tail while walking whereas Coyotes keep it down.

Paw Prints – Coyotes have tall and slender legs that make their hind paw print unclear. Basically, it submerges with the forepaw prints. The paw prints of German Shepherds are perfectly clear.

Running Style – There is a marked difference in the running motions of these creatures. When coyotes run, their backbone stays still. In contrast to that, the hind body of a German Shepherd shakes up and down while running.

Vocalization – Coyotes usually stay quiet to keep their prey clueless of their presence. On the other hand, German Shepherds make use of their vocal cords. Dogs usually bark or growl while Coyotes howl.

Behavior with Other Animals – Coyotes are notorious for their hostility with other canines. They don’t spare any other canine except wolves. This is because wolves are strong and can easily beat them. German Shepherds are naturally non-fighters and hardly bother about other canines. In fact, they can even get friendly with other animals and get along well with them.

Who Should Get a German Shepherd?

The German Shepherd has always been one of the most popular dogs. Therefore, if anyone wants to get a dog for his household or work, German shepherds can be an ideal choice. The following are some qualities of German Shepherds that make them a worthy companion.

Who Should Get a Coyote?

Coyotes are wild animals that are aggressive and threatening to other animals. Likewise, they can also harm human beings. In fact, there have been several instances where coyotes attacked young natives of America. Therefore, it is not an animal to be tamed and we should stay away from them. 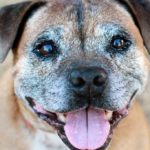 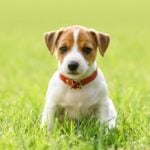