This dog breed originated in England and was also known by the names of Shepherd’s Dog and Bob-Tailed Sheepdog. The stockmen introduced these canines in 1865 and the Kennel Club acknowledged the breed in 1888. As the name suggests, Old English Sheepdogs were primarily bred for herding sheep.

The bulky bodies of these canines are covered with a thick white coat of hair. Despite their large size, these dogs are suitable for apartment life due to their adaptable, smart, and gentle nature.

Old Anglican Bulldog is a hybrid breed that was formed by crossbreeding an American Pit Bull Terrier with a Bulldog. It was first bred in England to help butchers in directing their livestock. These dogs have a fairly compact, lean, and muscular body.

Old Anglican Bulldogges are loyal, affectionate, playful, and easy to train. If trained properly, they can also do well with children. All these traits make them reliable family dogs.

Otterhounds were developed in the 14th century (in England) to hunt otters on both land and water. Their thick shaggy coat is water-resistant, and their webbed feet make them excellent swimmers. These pups fall in the category of scenthounds because of their ability to sniff the prey.

These companion dogs are affectionate, with plenty of love and devotion for all the members of the family. They love to play with children and get along well with other dogs.

This dog breed was registered in the Kennel Club of America in 1888. Old Deerhound Sheepdogs have a close resemblance to the ancient Scottish deerhound that originated in the 16th century. The primary job of these canines was to hunt deer because they are agile and strong. These pups became extremely famous in the 1960-70s because of their introduction to films.

Old Deerhound Sheepdogs make adorable family dogs due to their loyal, intelligent, and lovable nature. They are even suitable with small children and exhibit amazing patience with them.

These purebred dogs were first bred in Denmark, in 1710 AD. A man named Morten Bak, who was a native of Glenstrup, is considered to be the founder of this breed. These pointer dogs were developed for hunting purposes because of their well-muscled body and excellent stamina.

Nowadays, Old Danish Pointing Dogs have transformed into excellent companions and family canines. They are incredibly easy to train because of their high intellect and quick learning abilities. In addition to that, they are friendly, devoted, and joyous pups who love human company.

It is one of the smaller breeds among bulldogs and was developed in 1870. Olde Boston Bulldogges derive their name from the place of their origination. They have a compact, muscular body and were primarily used as pit-fighters in entertaining fight games.

This dog breed is very affectionate and bonds well with his/her family. These pooches love to play around with children and protect them from any potential danger. They are suitable for apartment life and have a lower shedding rate than many other breeds.

This American breed was developed in 1970 by David Leavitt of Pennsylvania. It was bred by mixing American Bulldog, English Bulldog, American Pitbull Terrier, and Bull Mastiff. The aim was to develop a bull baiter breed, but with a comparatively calm nature.

Olde English Bulldogges have an alert, poised, and courageous nature. They are muscular and athletic that makes them ideal to guard their family. These excellent family pets can also do amazingly well as fearless watchdogs.

This breed was developed by crossing the American Pit Bull Terrier with the Olde English Bulldogge. It is an English dog breed, but the details of its origin are not known. Olde Pit Bulldogges have a powerful body, thick legs, and a large head. These physical characteristics made them excellent bull-baiters.

These dogs are generally submissive and calm. However, they can show signs of aggression if sufficient exercise is NOT provided. Olde Pit Bulldogges need an experienced owner because professional training is required to tame them as family pets.

This crossbreed dog was created by mixing the American Staffordshire Terrier and the Olde English Bulldogge. In the early days, these canines were used to bait bulls for the butcher. Likewise, they also participated in fighting competitions. This breed was recognized by the American Kennel Club, in 1936.

Olde Staff Bulldogges are loyal and affectionate family dogs who are always ready to guard their families against any threat. They don’t require too much space and are suitable for apartment life.

This rare dog breed originated in 1994 in the United States of America. Old-Time Farm Shepherds belong to the group of Pastoral dogs. Their primary task was to herd goats and sheep in farms and pastures. However, they also possess excellent hunting and treeing abilities.

Old-Time Farm Shepherds are known for their supreme intelligence and exceptionally strong temperament. They are loyal, affectionate, and are always ready to serve their family.

These medium-large sized dogs originated in the US, in 1988. They were originally bred for Pit Fighting and Bull Baiting. Olde Victorian Bulldogge is a rare breed that was developed by mixing several bulldogs. Some of the most popular ones among them are English Bulldog, German Boxer, American Bulldog, and the Olde Bulldogge.

These dogs are steady, well-tempered, and friendly. Likewise, they get along well with children and other pets and also do well in apartment life. All these qualities make them suitable for family companionship.

This dog breed was raised by an American breeder, Aaron silver, in 1970. He developed this breed by mating his favorite dog breed Shar-Pei with a Pug dog. The goal was to create a designer dog breed with the character attributes of Shar-Pei. Likewise, Ori Peis are free from the health issues that are common in its parents.

These pups are loving and have a protective nature towards their people. Although they love to play with children, Ori Peis are more suitable for families with grown-up children. 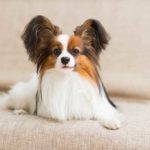 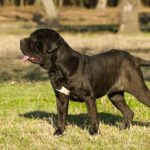