Also known as Hamiltonstovare, this breed was developed in the late 1800s by Adolf Patrick Hamilton. He wanted to make a robust dog that could hunt rabbits and foxes even with the unfavorable terrain and climate. His efforts were quite successful as Hamilton Hounds are excellent hunters because of their courage, energy, and devotion.

Halden Hound is a rare dog breed that originated in the outskirts of Norway, in the 1900s. These dogs were developed by mixing scenthounds of Norway and Germany and have a great ability to sniff their prey. Generally, they were used to hunt small animals, like hares. Halden Hounds have very intelligent and have a great temperament.

These medium-sized hunting dogs originated in the United Kingdom (in 1260). They resemble Hamiltonstovare a lot and are often regarded as their smaller version. Harriers have a great impulse for hunting small animals (like rabbits) by perusing them. These pups make amazing family pets because they are cheerful, calm, and excellent with children.

The Hygenhund was created in Norway during the 19th century by mixing various hound breeds. Some of them include Basset Hound, Bloodhound, Beagle, and English Pointer. It was primarily developed for hunting small animals, like fox and rabbit. The sleek and well-muscled physique of these pups is ideal for hunting.

These hybrid dogs were developed by crossbreeding Siberian Husky with Pugs. There is nothing substantial documented about their history. Hug Dogs make excellent family pets because they are loyal, intelligent, and loving. They are generally small in size and can weigh up to 60 pounds when fully grown.

This dog breed finds its roots in the capital city of Cuba, Havana. This is the reason why Havanese is the National icon of Cuba. The tangled tale and silky coat of these canines make them look gorgeous and attractive. These social, friendly, and loving demeanor allow them to make a strong bond with their people.

The Harlequin Pinscher was first bred in Germany in the late 18th century. This breed is a mixture of Miniature Pinscher and other small breeds, like Rat Terrier. These dogs can be kept as family companions as well as guard dogs. The subtle changes in the training allow you to teach the basic requirements of the desired role.

This is the national dog of Japan that originated in Hokkaido, in 1140 AD. These pooches are also known by the names of Ainu-ken, Seta, and Ainu dog. They resemble wolves a lot because of their well-built body and a long, thick coat of fur. Despite being a strong-minded hunter, rescuer, and watchdog, a Hokkaido possesses all the attributes of an obedient family companion.

Also known as Bhota Kukur, these dogs were first found in the foothills of Himalaya from Kashmir to Eastern Nepal. They are best-suited for herding and guarding livestock because of their large bodies. Likewise, the courageous and determined nature of Himalayan Sheepdogs is ideal for this purpose. They develop strong bonds with their masters and prove to be loyal working companions.

This ancient breed was first raised by the noblemen of Germany in the 13th century. Hovawarts were primarily developed for guarding the premises of their masters from any human or animal intruder. Physically, they are large and heavy-boned while they are loving, intellectual, and submissive by nature. This fascinating combination makes them ideal working companions.

Huntaway dogs were first developed in New Zealand, in 1870. These hybrid dogs were developed by mixing a variety of sheepdogs, including the Border Collie. In addition to that, some other breeds, like Rottweiler and Labrador were also involved. These canines were basically bred for herding and their deep bark and large bodies are extremely suitable for this role.

Havamalt is a wonderful little pooch that was first developed in the United States by mixing Havanese and Maltese. Their cheerful demeanor and responsive attitude make them adorable pets. These pooches also get along well with children because of their affectionate nature.

Havachons originated in Cuba, in 1996. They are also known as Frise Havanese because these pups were developed by crossbreeding a Havanese with a Bichon Frise. These dogs are intensely loyal and are extremely eager to please their people. Likewise, they have an affectionate attitude towards their owners. All these characteristics make them excellent family dogs.

This ancient dog breed originated in Hanover (a city of Germany) in the 16th century. Hanover Hounds were bred to be agile hunters who could track their prey and catch them. They are calm, loyal, and develop intimate bonds with their masters. These dogs are generally kept by professional hunters.

Huskita is a hybrid of two majestic dog breeds, Siberian Husky and Akita. These dogs inherit the personality traits of both their parents. For instance, they have the active hunting skills of a Siberian Husky and the protective nature of an Akita. Overall, they have a highly energetic and playful personality and always ready to guard their people.

Also known as Poovanese or Havadoodles, these dogs were first bred in the United States by crossing Havanese with Poodle. They have balanced characteristics of both parents as these attractive little creatures make strong bonds with their families. However, they are more suitable for families with older kids.

This dog breed finds its roots in Latin America, starting from Mexico throughout Central and South America. These dogs have further two types, Hairless Khala Medio and Hairless Khala Grande. Normally, Generally, Hairless Khalas are regarded as watch hounds. However, these intelligent and active dogs can prove to be loyal family pets, with proper training.

Havashu is an adorable mixed breed that was developed by crossbreeding Havanese with a Shi Tzu. These canines were first bred in the United Kingdom, in 1928. They are intelligent, friendly, and are particularly affectionate with kids. Therefore, an ideal candidate to become your family companion. 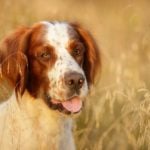 Popular Stories Right now
What does Dog Nail Discoloration Mean?
How Much Chicken and Rice for Dogs by Weight?
10 Hypoallergenic Mixed Breeds